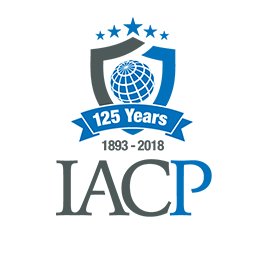 Phil Pulaski has 36 years of law enforcement experience, and was Chief of Detectives of the NYPD for more than 5 years where he was responsible for 3,600 personnel. During his 33 year career with the NYPD, Phil Pulaski managed patrol, investigative, counterterrorism, community affairs, quality of life, traffic and other public safety operations. Prior to being promoted to Chief of Detectives, Phil Pulaski was the Deputy Commissioner of Operations and Commanding Officer of several large NYPD commands including the Intelligence Division, Counterterrorism Bureau, FBI / NYPD Joint Terrorist Task Force, Detective Borough Manhattan, Detective Borough Bronx, Special Investigations Division and Forensic Investigations Division. He also served as a Managing Attorney in the Legal Bureau, a captain in Internal Affairs Bureau and Acting Director of the Police Laboratory. In the aftermath of the terrorist attacks on the United States on September 11, 2011, Phil Pulaski managed the NYPD’s counterterrorism and weapons of mass destruction operations; and supervised, together with his FBI counterpart, numerous terrorism related investigations including the 9-11 World Trade Center attack and October 2001 anthrax attacks.

Phil Pulaski is currently serving on the command staff of the Miami Beach PD and is commanding officer of the Criminal Investigations Section. He is leading a team of Miami Beach PD personnel and is collaborating with other law enforcement agencies to develop national standards and protocols for the use of RAPID DNA technology by crime scene technicians. Phil Pulaski is a member of the International Association of Chiefs of Police (IACP) and actively participates in the Forensic Committee and the Police Investigative Operations Committee. Phil Pulaski has given presentations at several IACP annual and mid-year conferences on a variety of law enforcement topics.

The conference serves as the foundation for IACP’s efforts to shape the law enforcement profession by delivering firsthand access to new resources, strategies, and techniques for navigating the evolving policing environment. Attracting law enforcement leaders from across the globe, the event allows attendees to elevate their agency’s effectiveness and explore solutions for the profession’s most critical challenges. Police veterans and law enforcement authorities will share their insights on a variety of topics through over 200 educational workshops. Topics range from leadership challenges and officer safety to at-risk populations and community-police relations.

In addition to educational sessions, the IACP Conference and Expo will host a number of special events. Law enforcement professionals will receive the chance to foster existing relationships and build new connections through networking events such as the annual banquet, a golf tournament, and the opening reception. The conference will also recognize law enforcement’s finest during the 12th Annual IACP Foundation Gala.